The banner strip above comes from a series of photographs taken in the stacks of the Staats- und Stadtbibliothek Augsburg while I was working there during the Easter vacation of 1997.  Taken with a 35 mm. lens on my Nikon F3, and using Ilford FP4 exposed as ASA64, it was a rare privilege to be allowed into the Magazin of a library founded in 1537.

When the digital era began in photography, around the later 1990s, I decided against making the shift, since I had only just begun to master the process of taking, developing, printing and mounting photographs.  Since any photograph begins with visualisation, and a series of decisions about light, aperture, focus, and exposure, the idea that much of any photograph could be sorted out later on a computer was anathema to me.  Moreover, I respond to tone more than colour, so I had no interest in leaving monochrome photography behind.

The disadvantage of course is that developing and printing is time-consuming, and while I now have a Gossen Starlite light meter, a Nikon F3 with 35mm. and 105mm. lenses, a Hasselblad 500C/M with 50, 80 and 150 mm lenses, a Durst M605 enlarger, a Stopclock exposure timer, together with all the rest of the varied equipment needed to make satisfying prints, finding the time and opportunity to do so has been a very real problem.  But I will get there.

To be going on with, however, something rather different: a selfie from July 1985: Greg Claeys, Istvan Hont, Christine Lattek and me on a day out in Goslar.  Somewhere in one of the side streets we came across a plaque marking a house in which Heinz Guderian, “Erfinder der Panzerwaffe”, had lived. 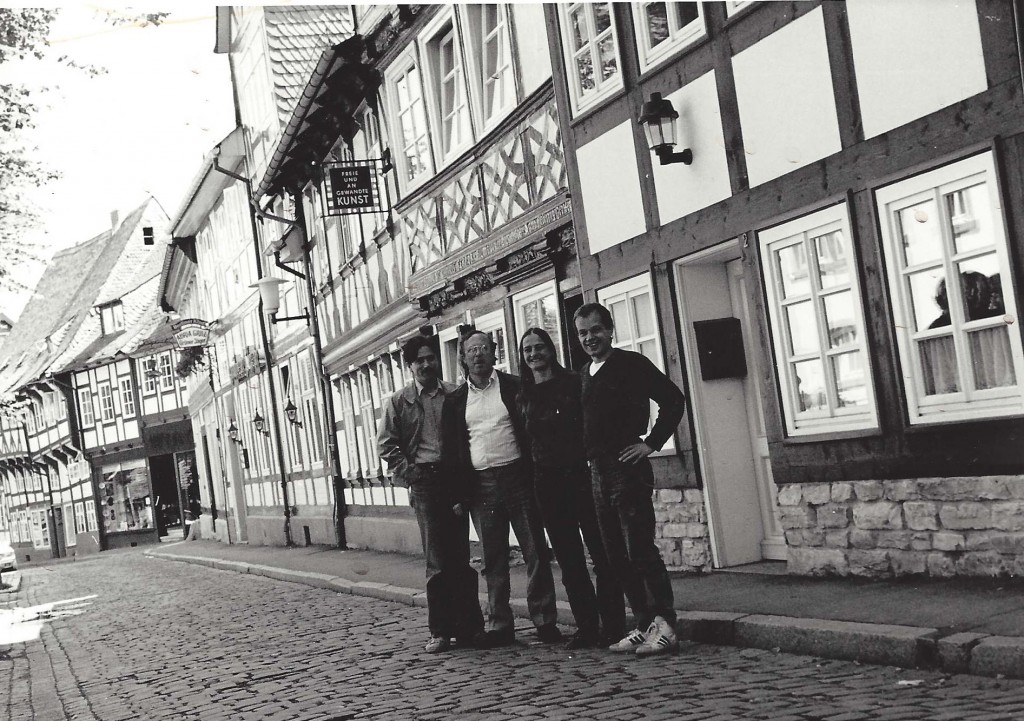